Call Analytics for the Modern Era

Today I did a demo for a potential customer who is using a competitor’s product.  As we discussed their needs, it became easy to see they really knew what they were looking for in a new system; they need call analytics for the modern era.

Out with the Old

The folks I talked with were tired of antiquated call analytics systems. They were looking for new ways to complete tasks. The key features they wanted were:

They loved the idea of being able to put the company directory on the intranet so everyone could access it.

They asked about “scaling the buffer box.” They were concerned with how many records the box would hold when it couldn’t send the call detail records (CDR) to the server in the cloud.

I explained that we use a 32 GB buffer box that holds about 500,000 call records. With their 1,700 extensions, each person could make almost 300 calls before filling up the box—and that’s figuring on calls from extension. Most users make fewer calls than that in a month, so 32 GB would be plenty to protect in the case of a network outage.

He was also concerned about how long we buffer the calls for before sending them to the cloud. I explained the buffer sends the call detail records to the VXTracker in nearly real-time. There is a slight delay while the call gets encrypted, traverses the internet, gets unencrypted and displayed in the application, but it’s as close to real-time as you can get. We are talking seconds here. No buffering

This prospective client’s key must-have was chargeback reporting, and we’ve got that covered. But when I showed them the top users reports, they loved it.

Using filters in the VXTracker allows users to slice and dice their call analytics so it’s easily consumable. In one example, I ran a report that highlighted the users that cost the organization the most.

That type of call analytics are great, but in a large organization top users can be spread all over. When we filtered by department, they saw the real benefit. Deliver a call analytics report to a manager of the top 20 people in their department who cost the most and they can have real conversations.

Maybe the user is the top salesperson—in that case, it’s justified. Then a hearty high-five is all that’s necessary. But maybe the user is an analyst who shouldn’t be on the phone much.

A demonstration like this opens the door for a conversation about real call analytics data. It lets managers make decisions based on fact and removes emotion from a difficult conversation with an employee. Give managers access to their info and they won’t have to ask for reports. They’ll be able to access data as needed.

Call analytics for the modern era is about giving the right person the right information to make the right decision. 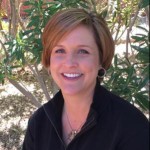