It is Time to Stop Resisting Hosted Voice

Is the transition from on-premises phone systems to hosted voice really any different than that of DOS to Windows?

Early in my career, I worked as an IT Consultant.  I recall an assignment for a law firm to transition them from WordPerfect for DOS to WordPerfect for Windows. Now some of you understand how I just dated myself, and some do not have any idea why I mistyped Word as WordPerfect.  That being said, WordPerfect 5.1 for DOS was extremely popular with legal secretaries, transcriptionists, and anyone who produced significant amounts of documents.

As I started my project, I sat with each department leader to show them the key features and explain the transition timeline. The meeting with the lead secretary of the law firm—a lady we will call Barbara—did not go well.

Barbara was not excited to lose part of her day to a meeting with a young computer nerd.  I secretly believe she was still angry about losing her typewriter a decade earlier, but I cannot be sure.  I began in earnest to show Barbara the amazing and cool features of WordPerfect for Windows confident she would love it!  I think I lost her at the word “mouse” as she looked with disdain at this new object.  As I continued to explain the program to her, she asked the question that would end our meeting “how do I use my reveal codes?”  Now to remind some of you, the shortcuts in WordPerfect were exceptionally designed, and she had hers dialed in to make her very efficient.   The Windows version, in the beginning, assumed all of these functions would be done using the mouse.

Barbara was not pleased but allowed me to continue for about five more minutes.  As I was explaining cut and paste, she stopped me and explained in a terse manner that the law firm would never move to such a lousy program.  She said she had the power to end my contract and get back to work with her old program.  She continued by explaining every time she had to make a computer change it cost her boss, the managing partner, millions of dollars.  I tried valiantly to bring her back around, and these efforts caused her to stand promptly and storm into her boss’s office, interrupting a client meeting and making an impressive scene.

The office manager, unbeknownst to me, had anticipated this reaction.  She did not give me the heads-up but had prepared the managing partner for this episode.  After about 45 minutes of sitting there not knowing how to proceed, Barbara came storming out of the office.  After disappearing for a few moments, she returned with a box and began loading her personal items including pictures, knick knacks, etc.  Her meeting had not gone well. She explained that having to use a mouse was never going to happen and she quit.  Needless to say, Barbara and I do not keep in touch.

We are at an Inflection Point with Hosted Voice

The reason I tell this story is to show that there are inflection points in industries.  The time had come to move to a full Windows version, and Wordperfect would see it’s end a few years later after they tried to tell the world Microsoft couldn’t compete in the word processing game (another lesson for another day).

I believe we are at an inflection point with Hosted UC.

Hosted voice and collaboration have been around for a long time, and the adoption is increasing at an ever escalating pace, but there are many “Barbaras” in our world.  The attitude of many is that Hosted voice is not a viable option in many situations. This is just not true anymore.

Hosted voice is no more perfect than initial Windows programs. But just as the office manager and managing partner of the law firm realized it was time to switch, telecom and IT managers need to make the same pivot towards hosted voice.  I am not saying that there is never a case the transition should be slower, but the reality is everything in voice-collaboration will evolve and move to the cloud, and this transition will revolutionize the way communication happens.

The investment of money in features and functionality is being made primarily in the hosted voice side of the business in almost every leader in the industry.  The scalability and performance to make the experience more robust and ever reaching is more attainable with an infrastructure that is cloud based.  The flexibility that customers demand is so much greater on a true cloud platform, and as the licensing model matures, we are becoming more and more attuned to technologies delivered as a monthly service.

As you prepare to move your company to a hosted voice platform, you should consider some key aspects of what is going to occur.

I was in a demonstration of a hosted voice phone system recently.  The provider decided a it was too hard to deliver quality with a multi-tenant, true cloud-based phone system.  They decided to take a traditional PBX and put it in the data center, bill for it monthly, carry the cost of the equipment and call it “cloud or hosted voice.”  The problem with this, is the fact that the scalability and flexibility of a cloud-based solution is powerful because of the underlying design.  This model takes the current technology, dresses it up as a cloud, calls it an angel and then charges more for what you have probably already purchased and amortized in a more efficient manner.

It is time for legacy telecom and traditional IT to adopt the movement to the hosted voice.

I think it is time for legacy telecom and traditional IT to adopt the movement to the hosted voice in the cloud and figure out the right path to get there over time.  Resistance is now simply a delay in the approach of where the industry is going.  Demand transparency from vendors.  Demand a better experience, but demand in on the path of where we are going.

Do you offer hosted voice solutions to your customers? How are they responding? 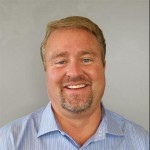 Roger Blohm is the President and CEO of LVM, Inc., owner of VXSuite and has been instrumental in the impressive growth of the product since it’s purchase in early 2009. Through Roger’s vision, the once single-product VXTracker has grown into a four-module suite of products named VXSuite. VXMobile, VXRecord and VXPulse have added to the depth of available through VXTracker to offer complete analytic reporting in VXSuite. As a presenter to numerous local, regional and national trade shows, Mr. Blohm has proven himself to be a passionate speaker and his consistent positive attitude keeps the audience engaged. With more than twenty years of experience leading project management organizations, managing and mentoring teams and implementing business solutions, Mr. Blohm has built a solid and successful approach to delivering strategic initiatives that positively affect the bottom line and serve the best interests of his customers.

If you think Joyce`s story is great,, three weeks-ago my moms best friend basically also got a cheque for $8552 sitting there sixteen hours a week from home and their classmate's step-mother`s neighbour done this for 6 months and got paid over $8552 in their spare time at their labtop. applie the guidelines from this address, http://free-earn.tk